Bad Mouthing An Ex Can Make It Difficult To Start Anew
May 28, 2018 Yvonne Chase Dating

Never Bad Mouth An Ex
Be careful how you leave relationships. How you leave determines whether you can come back. Yvonne Chase.

One of my rules in life is to never bad mouth an ex and to leave relationships with grace and on as much of a good note as humanly possible.

I Chose Him
Bad mouthing an ex in my mind would be the equivalent of bad mouthing me after all, I chose him. No one put a gun to my head to date any of the men I’ve dated. In addition, why bad mouth him now that the relationship is over? You weren’t bad mouthing him when you were together and if you were, why were you with him? Furthermore, bad mouthing him says more about you than it ever will about him.

Tear Me Down
I recall a time when I ended a relationship. Because his feelings were hurt to the core, he began to make up things about me and try to tear me down. It was unbelievable! You see, when we were together, I never imagined him having such a nasty side to him. I had no idea he could be so mean and unkind. It took a breakup to see who he really is and what he’s capable of.

Changed My Mind
People say you should never go back to an ex. We’ve all heard things like; he’s an ex for a reason or don’t look back, you’re not going that way. I used to be one of those people who did not believe in going back to an ex however, a close friend changed my mind.

Couldn’t See Eye To Eye
She and her now husband who are in a very loving relationship were exes at one time. They broke up because they simply couldn’t see eye to eye. Nothing bad happened in their relationship back then, they just kept bumping heads and she eventually ended the relationship.

Don’t Ever Go Back
Two years later they met up at a time and space in their lives where they were on the same page and ready to walk the same path. They just celebrated ten years of marriage. Both of them were of the mindset that you don’t ever go back to an ex. Funny how life happens sometimes isn’t it? 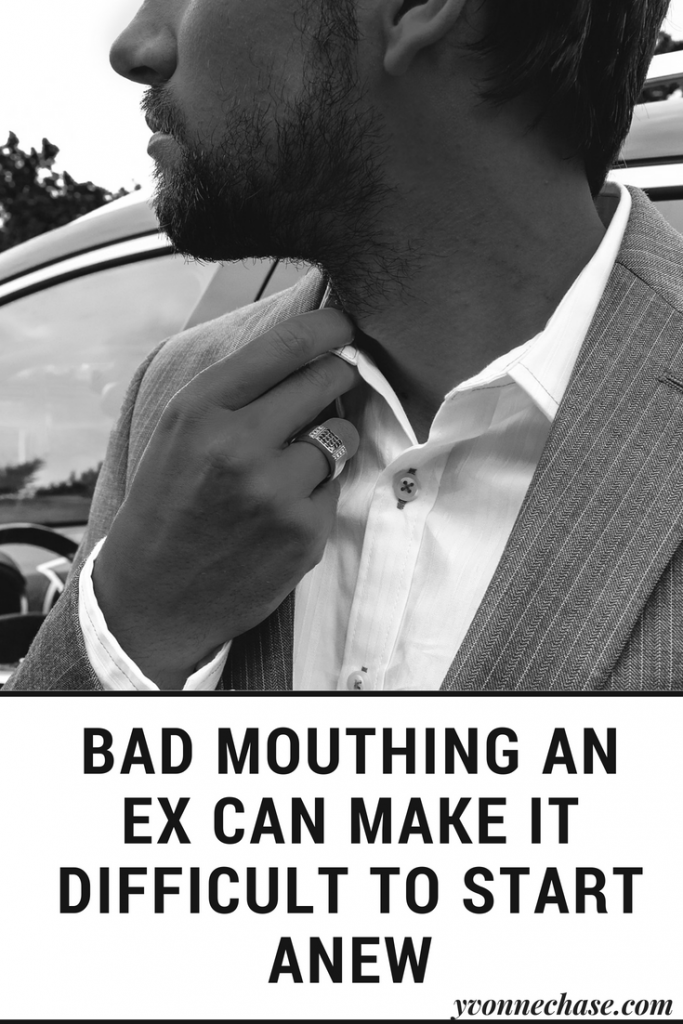 Create Something New
She says they needed those two years apart to develop into better human beings. He agrees. When they got back together, they didn’t try to rebuild what they had. Instead, they had the skills to create something new. The time apart gave them a chance to really forgive each other and let go of old hurts. Although he was butthurt when she ended the relationship, not once did he bad mouth her or talk badly about their relationship to anyone and neither did she.

Moved On With Life
Neither of them knew they would ever get back together nor did they expect it, as a matter of fact, there was no communication or contact during the break-up. They had both moved on with life and just so happen to cross paths.

Started Anew
One of the things that made it easy to get together again was they both learned valuable lessons from the past and changed the behaviors that caused the breakup. P.S. neither likes to say they got back together. Instead, they tell everyone they started anew. Today, they have a much greater love because of their breakup.

Each Circumstance Is Different
There are a lot of hard and fast rules out there about getting back together with an ex. Each circumstance is different. I recall a time when an ex-wanted to get back together with me. He apologized profusely and said he realized the error of his controlling inflexible ways.

He Was Lonely
Sure his apology seemed very sincere and I could tell he realized the error of his ways, however, I didn’t go back because I felt in my spirit that the only reason he really wanted to get back with me is that he hadn’t met anyone else and he was lonely. Not a good reason.

Tread Lightly
Listen, once you and your person know you are starting anew for all the right reasons, I say go for it and tread lightly to avoid making the same mistake twice. With all the great advice out there, when all is said and done, you are the only one who knows what’s best for you.

Always Be Gracious
In closing, I leave you with this, at the intersection of faith and life, we should all remember Colossians 4:6; “Let your conversation be always full of grace, seasoned with salt, so that you may know how to answer everyone.”

What say you? Is getting back with an ex ever a good idea or should an ex always remain an ex?