#MeToo Movement
That is just a short list of men whose lives have been exposed during the Hollywood shakedown that created the #MeToo movement. On Friday night, I watched an interview with Andrea Constand, the woman who brought down Bill Cosby. That was the actual name of the interview: Bringing Down Bill Cosby. Did you watch?

Innocent Girl
When I saw preview clips and heard the content, I Googled Andrea because I needed to learn her age. You see, I thought she had to be an innocent 6 or 12-year-old girl at the time of her unfortunate interaction with Bill Cosby. No, she’s a 45-year-old woman today which makes her 29-30 depending on her birthday month when it happened in 2014. Andrea, a former basketball player met Bill at Temple University.

Let It Slide
After getting to know him and developing a friendship, he invited her to his home for dinner. It was at that dinner that he touched her thigh. She thought it was friendly and let it slide. During the second visit for dinner, she says he made a bold pass at her and reached for her pant zipper. She stopped him and said no, I don’t want that, I’m not here for that then left shortly after.

They’re Your Friends
And now we’re at the third visit for dinner where he offered her three blue pills. When she inquired about them, he told her to take them; they’re your friends. She took the pills and it was all downhill from there. I’ll stop with her story and tell you a bit of mine. 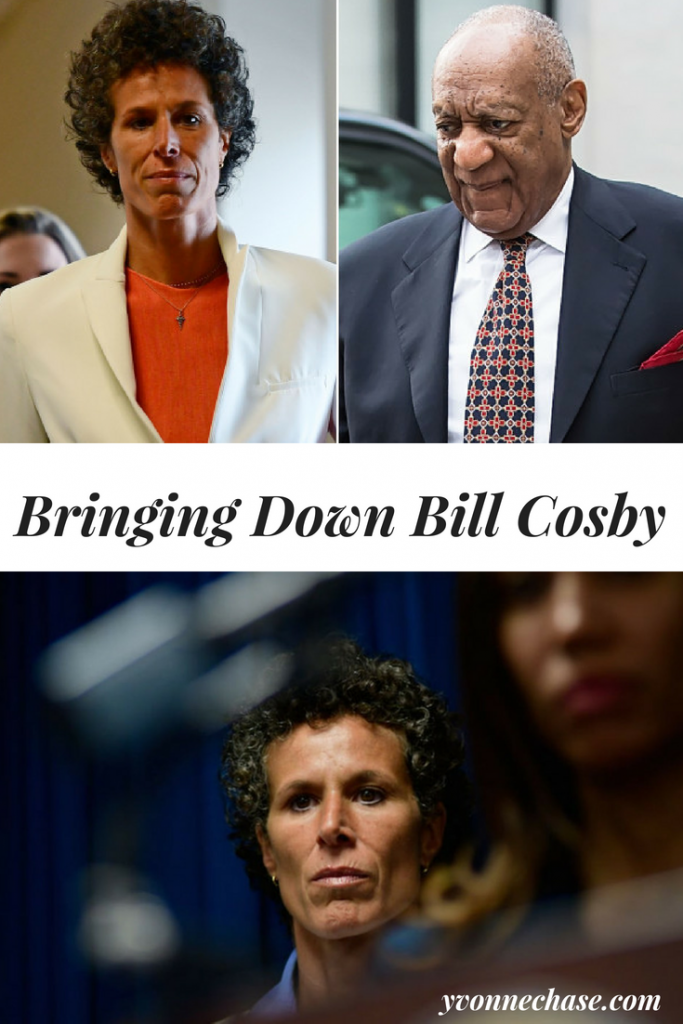 Set Up A Meeting
One of the men listed up top approached me at an awards show. You’re beautiful, he said, stunning. I’d love to work with you. Are you an actress? Give me a call at my office and let’s set up a meeting.

Tried To Touch Me
At the meeting, he was very flirtatious and complimentary in a way that was unprofessional. I was there to talk business, he wanted to talk about my looks, my body, my skin tone and he even tried to touch me. He was gross!

In A Relaxed Setting
He said he had to cut the meeting short and asked me to meet him later for dinner; 10 p.m to be exact. Said he wanted us to talk more in a relaxed setting. Guess who didn’t show up for that meeting? Me! 10 p.m + a relaxed setting over dinner and drinks spells trouble. No thanks!

Chatted Me Up
On another occasion, I was at a bank in Beverly Hills when I met a powerful executive who is not on the list up top. He chatted me up, gave me his card and invited me to lunch. Over the course of my time knowing him through work events, he offered to put me up in one of his many mansions in Beverly Hills, buy me any car I wanted and give me a weekly allowance plus we’d get together on weekends for dinners etc.

Walked Away
While I could’ve easily been a victim of sexual assault in those instances and others, I never was because I always walked away and never looked back. I don’t care who you are nor do I care about your position or power.

Respect For Women
As I watched the interview, I couldn’t understand why she went back a third time. She sat across from the reporter like an innocent woman who didn’t have a clue. Furthermore, Bill Cosby is a married man. If he didn’t care about his wife, which he clearly didn’t, she needed to care about it out of respect for women.

Turned Him Down
The Executive who offered to fund a very lavish lifestyle for me is also a married man. He was shocked when I turned him down. Women don’t say no to him. I’ve hung out with women who would’ve said yes immediately and that’s why the men on that list and others do what they do. For every woman who says no, there’s five anxiously waiting in line to say yes without hesitation. Wherever there’s a powerful man/men, you are guaranteed to find an opportunist.

The Whole Truth
Women come to Hollywood day after day or hang out in circles with powerful men outside of Hollywood with the hopes of meeting a man like him or any of the men on the list. So, while I support the #MeToo movement, every woman who raises her hand and says #MeToo is not telling the whole truth. 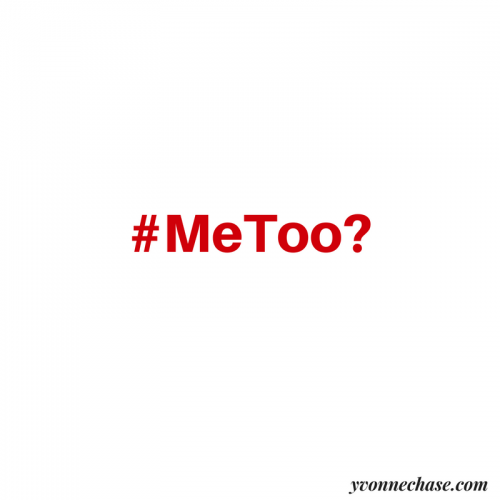 What Happened Next
A former girlfriend took me with her to the home of one of the men up top. They were “friends.” I put that in quotes because when a man is attracted to a woman, he’s not trying to be just a friend. Anywhoo, when we arrived, there was a spread of Chinese food. We helped ourselves and got comfortable in his sprawling living room. Not before long I saw him snatch her in the back. I’m sure you can figure out what happened next.

We All Know Bill Cosby
I was mortified yet she kept going back to him because of who he is and what that could mean for her career and her life. I don’t believe Andrea would’ve gone back to Tom Smith nor would my friend. You don’t who Tom Smith is and neither do I, however, we all know Bill Cosby and that’s the point.

Do Better
Again, I am not condoning the actions of Bill Cosby; he’s 100% wrong, however, what I am saying is women have to do better. When a man reaches for your zipper, he’s crossed the line. You know it, he knows it and you know exactly what he wants. Why would you go back?

Draw A Line In The Sand
Ladies, we need to have a few rules for living that are not negotiable. One of those rules needs to be, hands off married men. I believe every woman knows when a man is flirting with her and behaving inappropriately. When that happens, it’s time to immediately remove yourself from the situation. A married man could never have an affair or treat you inappropriately if you draw a line in the sand and say a hard “NO.” It’s really that simple!

Shaking My Head
Here’s another rule; don’t take pills from grown men or anyone for that matter. I mean who does that? I’m still shaking my head on that part. And if he offers you a drink, say no. When I went to that Executive’s office, he offered me a drink. I said a hard NO. We’re supposed to be discussing business. Alcohol impairs our cognitive skills. I wouldn’t even accept a glass of water from him for fear that he slipped something in it.

Creepy Stories
I could say a whole lot more, and share more creepy stories, however, I will stop here and close with this quote by the late Dr.Maya Angelou, “When people show you who they are, believe them; the first time. Bill Cosby showed her exactly who he is and what he wanted the first time. She chose not to believe him!

What say you? Did you watch the interview? Have you been following the saga/case? What are your thoughts on all of this?

P. S. Bill Cosby was convicted on 3 counts of sexual assault and is facing 30 years in prison. He’s currently under house arrest and is now a registered sex offender.