Christians Do Not Belong On Married At First Sight
April 29, 2017 Yvonne Chase Marriage

All In
When the TV show Married At First Sight premiered five seasons ago, I was all in. To date, season one has been the best season. Two out of three couples are still married and one of those couples is expecting their first child.

Great Way To Be Matched
I was so into the show that I wrote about it every week and even decided to sign up for it.  With “experts” involved, I thought it could be a great way to be matched. They didn’t pick me so I guess God has a different plan and I’m glad about it. Here’s a preview:

Dead In My Tracks
While reading the comments on my post, Marriage Works Best When The Man Is Older Than The Woman, Donna Reidland left a comment that stopped me dead in my tracks. While I’ve never met Donna face to face, she is my sister in Christ who writes the truth about marriage and walking with God. She’s an older woman who has taken the command in Titus 2 to heart and she is teaching this younger woman, me, how to live. Here’s what she said that gave me the title for this post:

On a side note, I’m not familiar with the show. If I understood correctly there is an “8-week trial.” Since there are only 2 biblical reasons for divorce, this would make me concerned about Sheila’s level of trust in God if she would be willing to enter into marriage with that option. Admittedly, I haven’t seen the show and may have misunderstood. While it’s a good thing to want to be married, it can also be an idol if we’re willing to sin to have it. Marrying and then divorcing because “it didn’t work out” or “we’re not compatible” would be sin. We need to remember that people in the Bible were often matched and didn’t know each other ahead of time (i.e. Rachel and Jacob, Isaac and Rebekah).

Stay Married Or Divorce
I never thought about it this way until today. Donna is 100% correct. God hates divorce! Ending a marriage because “it didn’t work out” or “we’re not compatible” would be a sin. There’s an out clause in Married At First Sight. Three couples are matched together for eight weeks to live like a married couple. They do everything a married couple does after saying, “I do;” go on a honeymoon, consummate their union, move in together, mesh finances and move on with daily living. After eight weeks, they decide if they want to stay married or divorce. 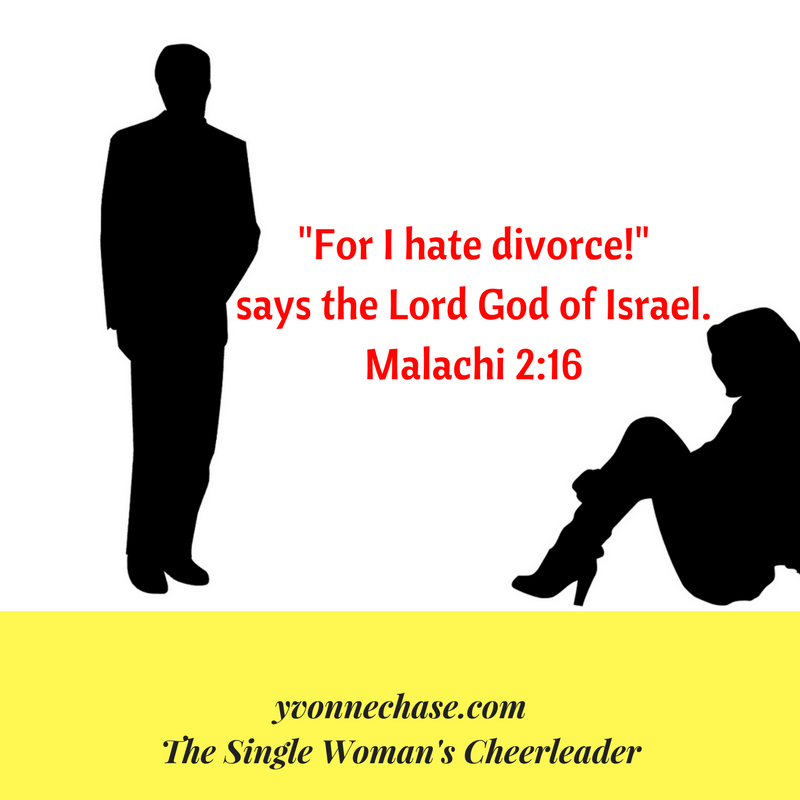 Wait To Consummate
On the latest episode, they took off for their honeymoons to the Bahamas, St. Croix and St. Thomas. None of the couples consummated their marriage and I’m glad about that choice. As I’ve watched over the years, consummating a marriage with a stranger is not the best idea. As long as there’s an out, he can’t come in which is why I say, wait to consummate.

A Healthy Marriage
If I had to advise them, I’d say wait until the experiment is completely over and you both decide you really want to stay married. I’d also encourage them to sit with a marriage counselor to decompress from the eight-week experiment and bring them back to reality then get on a good track for a healthy marriage.

Marriage Is Not An Experiment
Here’s the thing that makes this all a ball of confusion; the words “trial” and “experiment” don’t go with marriage and that is why I ultimately do not agree with this show. Once you marry, that’s it. There is no out, no trial and no sneak peak to see if it will work or not. Marriage is not an experiment. It’s a covenant. A covenant is an unbreakable commitment.

Marriage Is An Extraordinary Relationship
In his book, I, Isaac, Take Thee, Rebekah, best-selling author Dr. Ravi Zacharias has a whole lot to say about marriage and uses the story of Rebekah and Isaac as the backdrop.  In closing, I will leave you with his words:

A person makes heaven or hell on earth depending on the one he or she marries. Any married person will agree, with a groan or a smile. Marriage is an extraordinary relationship. It is a commitment from which you dare not take a vacation. It demands nurture and care, and like a tender shoot, the better the care, the better the blossom. But to be sure, it is hard work. Marriage is Gods idea, and he alone has the right to define how it is meant to be. Sooner or later we all come to the realization that only when we do marriage God’s way do we reap the benefits. When we do marriage our way, we damage his intent and pay the price.

What say you? Do Christians belong on Married At First Sight? Since people are no longer meeting in traditional ways, is this a good way for Christians to be matched in marriage?