She said; why don’t you have any children?
I said: No disrespect to single mothers but I never wanted that to be my story.

She said: Why are you single? You should move to Texas. You don’t have much time left to meet someone and have a child.
I said: If a child is a part of God’s plan for my life, he’s more than capable of facilitating that process. Surely, he knows a husband is required before that happens. 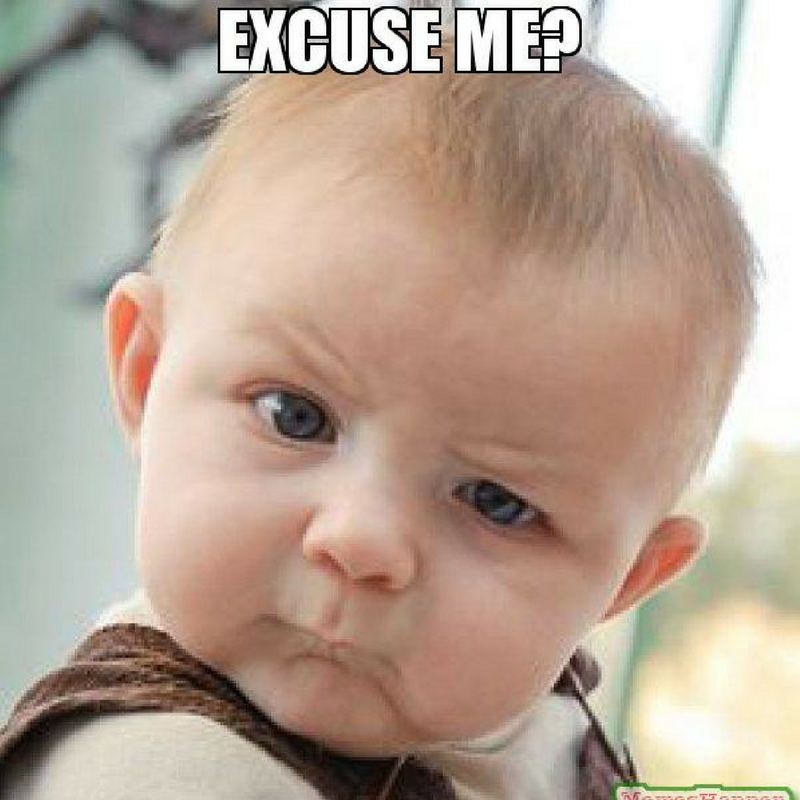 Crazy Comments
Throughout the course of my single life, I’ve been on the receiving end of a lot of crazy comments from not so well-meaning people. My life, my being, and my existence have never been defined by or attached to my relationship status.

Chosen And Completely Worthy
I won’t feel like a better woman or like I have arrived at some set apart station in life because I’m married. Even if I never marry, I’m a set apart daughter of the most high God who loves me just as much as any married woman reading this post. He sees me as chosen and completely worthy, no matter my relationship status.

Single Like Me
If we take heed to the words of Paul in 1 Corinthians 7, he says, “Sometimes I wish everyone were single like me—a simpler life in many ways! Singleness might well be the best thing for them, as it has been for me.”

Woman Of God
The single life has been good to me. It has given me the best opportunity to know God for myself and to know who I am as a woman of God. While I gave my life to the Lord at the age of 16, my intimate relationship with God didn’t start until March 22, 1996.

I Would’ve Been Robbed
I passed out on the NYC subway in January of that year while riding into work with my neighbor. Thank God, she was with me otherwise I would’ve been robbed. Trust me, you do not want to pass out on a crowded NYC subway during rush hour or anytime for that matter by yourself.

Throw It Away
When I woke up, I was in the emergency room where after performing a battery of tests and finding nothing, the doctors decided to do one final test; a spinal tap. That test landed me in the hospital for ten days with a headache the size of Brooklyn. My head hurt so bad that I wanted to rip it off and throw it away. God had a plan! That was the first time I heard him speak to me from my hospital bed.

Living It Up
California had been on my mind. As a single woman, I had been working all over NYC producing television, attending awards shows, walking red carpets and living it up. Of course, the next step would be the city of lights, camera and lots of TV action, however, I didn’t have the support of my family in NY and I knew I wouldn’t’ have it if I told them I wanted to move 3,000 miles away. That stressed me out completely!

Pep Talk Of Life
During my ten-day hospital stay, I roomed with an elderly woman who started out as a nuisance then became a friend. One night she gave me the pep talk of life. She said a lot of things to me but I remember this, “You’re young and single with no children and no responsibilities other than yourself. Go to California. Live your life now. What do you have to lose?”

One Living Soul
I went to sleep later that night and it was as if the heavens opened and God spoke to me. A bright light shone above my head and I heard that still small voice say, “I am releasing you from this hospital with a clean bill of health and sending you to California.” Six weeks later, I touched down at LAX airport in Los Angeles, CA. I didn’t know one living soul. 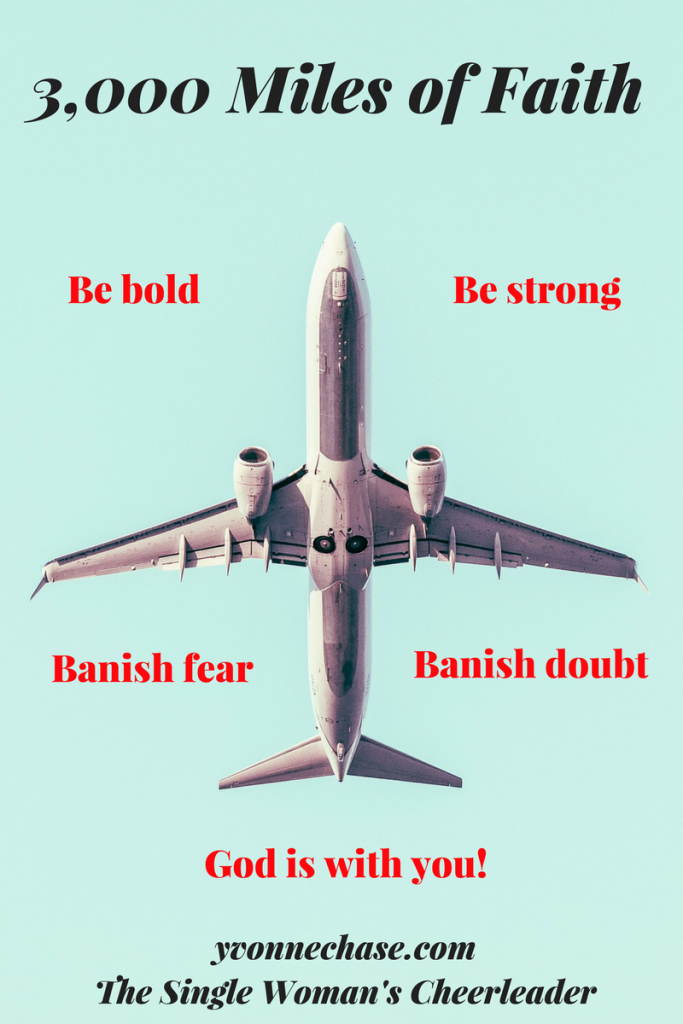 Showed Me His Faithfulness
A friend in NY had a friend in Cali who introduced me to their friend who had a two-bedroom apartment and that is where I stayed; in his second bedroom for a few days. In one week, God showed me his faithfulness. I bought a car, landed a job in TV and moved into my first apartment which was gorgeous. From that day, March 22, 1996, me and Jesus have been on an exciting roller coaster ride of a journey.

Understand It Backward
I lived and worked in the TV business all over California before returning to NY three years later to have knee surgery then a few years later he sent me back to California. All the while I thought my life in California was about me and my plans and what I wanted to accomplish in TV until I realized it wasn’t. A wise person said to me, you live life forward and you understand it backward.

The Right Thing To Do
It was only when I left California in 2014 and moved to Atlanta that God said to me, you have done everything I’ve asked you to do. You’ve completed every assignment no matter how difficult. Now you can leave. Peace came over me in a such a surreal way that I knew leaving California was the right thing to do.

Hopeless And Lost
I was on a serious assignment of salt and light in a very dark TV industry. I never met a suicidal person until I moved to Los Angeles, CA. He had me on assignment to save lives, be a vessel of truth and offer hope to people who were so hopeless and lost.

Blessings Of This Season
One of my married girlfriends said to me, “Yvonne, I envy you. You can pack your bags and move anywhere in the world you want whenever you want.” I can. That’s one of the many blessings of living single. As the Single Woman’s Cheerleader, I want other single women to focus on the blessings of this season. We can do so much for God if we choose to give our lives to him and obey his commands. 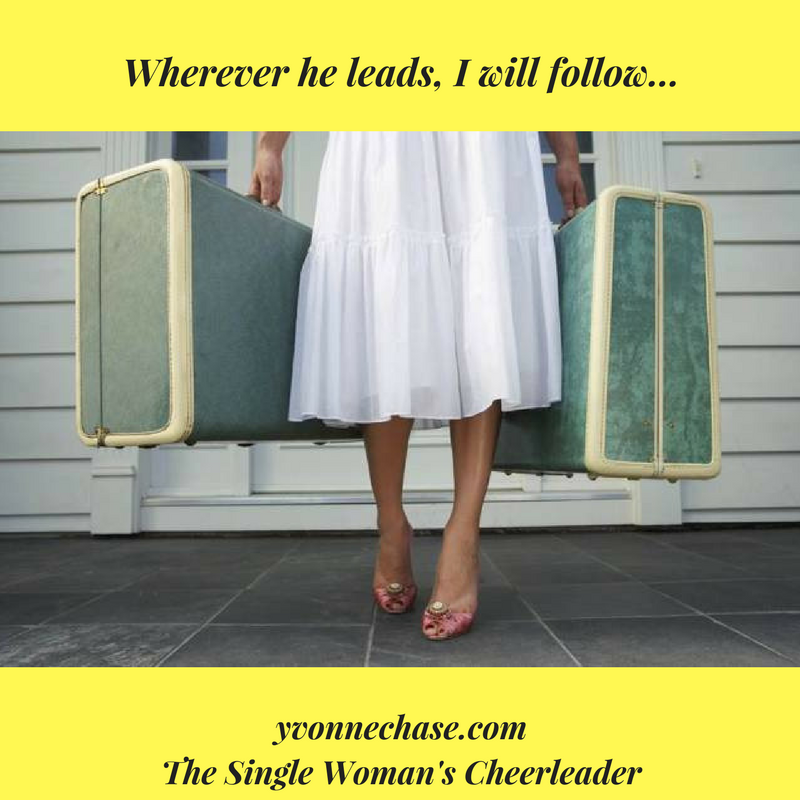 Colors Every Facet Of My Life
Today, my faith in God is SOLID and unshakeable. No one can tell me he doesn’t have my back. We have such an intimate relationship that colors every facet of my life. Will I marry one day? I don’t know but this journey has prepared me to be a wife of excellence to a strong man of God.

Father, Friend, Helper
Here’s what I do know for sure, I am ready to continue this ride with Jesus. It is the best ride of my life. He is my Father who loves me unconditionally whether I’m single or married, He is my Friend who sticks closer than a brother and He is my Helper who comes alongside me and holds me up when life gets crazy! With Jesus, I have everything I could ever need. Gospel recording artist Vicki Winans sings, “As long as I have King Jesus, I don’t need nobody else.” I agree!