Father Figures Figure Into Who We Date And Marry
October 14, 2018 Yvonne Chase Dating

Sobering Thought
What kind of father did you/do you have? Are you aware that who he is and your relationship with him figures heavily into the men you date and the one you eventually marry? It’s a sobering thought that many of us never address. They say every woman marries her father. Did you? 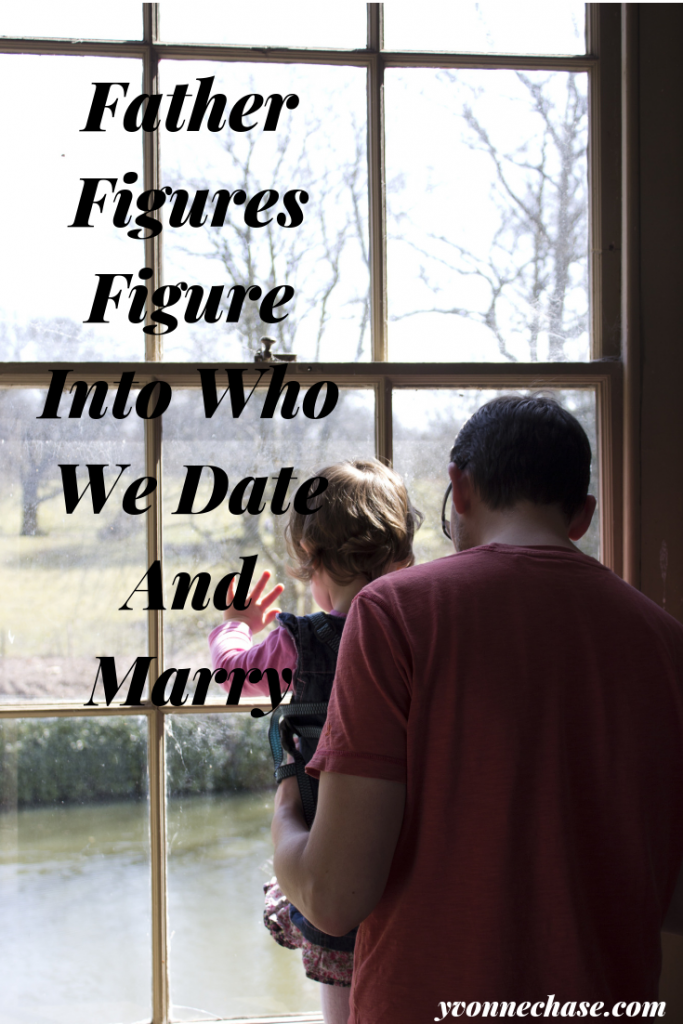 Authoritarian: Is more concerned with compliance than a relationship. He insists on things being done his way. He’s not interested in his children’s opinions, desires, or goals. He desires no real intimacy with his children; only obedience. Having this view of God usually motivates people to rebel instead of obey.

Abusive: Deliberately inflicts pain on his children, hurting them emotionally, mentally, physically, and or sexually. This type of relationship destroys his children’s sense of worth and robs them of their natural ability to trust. They see themselves as someone to be used rather than valued in relationships. This view usually destroys people’s ability to trust God and relate emotionally to Him.

Distant/Passive: Expresses little affection. He may be a good provider but interacts very little with his children. He rarely shows emotion or says, “I love you.” He doesn’t share in his children’s joy or pain. This kind of father can cause people to view God as distant and uninvolved in their daily lives.

Accusing: Is critical and judges every failure. He thinks this will motivate his children to do better and to try harder. He rarely gives encouragement or affirms them. This kind of father can cause people to view their heavenly Father as an angry judge who is never satisfied with them.

Absent: Is one who is absent because of death, divorce, work, or disinterest. Unlike the passive father who is there but never communicates, the absent father is just not there. His children feel abandoned and neglected not only by their earthly father but by God as well. 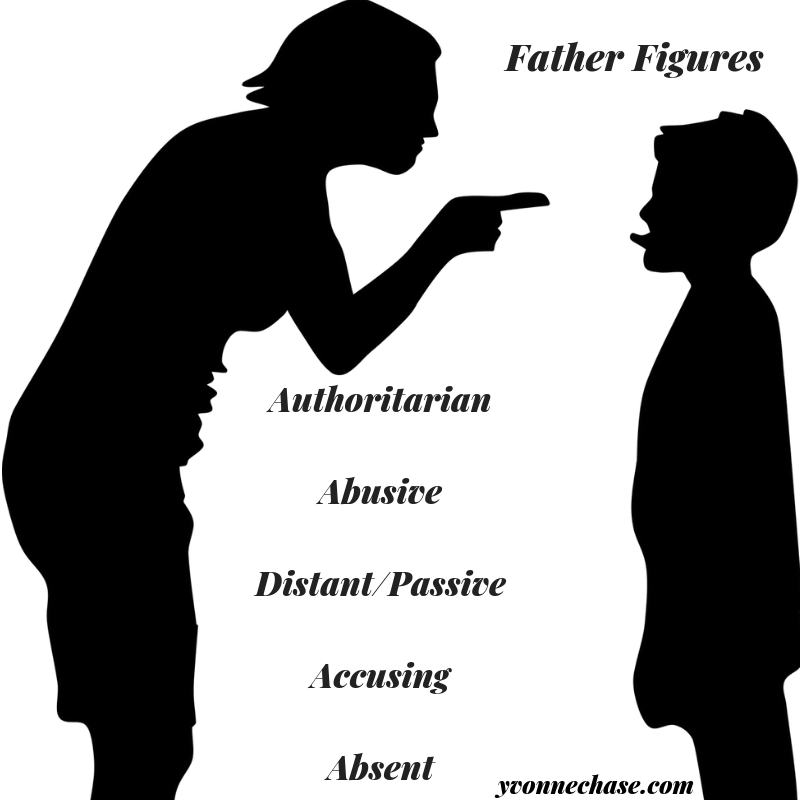 Root Our Identity
When we know what our Heavenly Father says about us, how he feels about us, and we root our identity in it, we avoid choosing the wrong person. Here’s more from the book about the possible consequences of an emotionally or physically absent father.

Consequences for a woman:

Consequences for a man:

Wrong Man
We’ve all heard the saying “Daddy issues,” which describes a woman who has unresolved issues with her earthly father. She’s usually rejected by him in one way or another and goes looking for what she didn’t get from him in romantic relationships. And this is why a right relationship with our Heavenly Father is so important. He’s the only one who can fill that void.

What say you? Looking at the descriptions above, what kind of father did you/do you have? How does/did that relationship figure into your dating choices? Did you marry your father? Are you currently dating your father?

P.S. Come back next week to find out what kind of father I have and how that figures into my dating choices.