False Sense Of Power
What does it mean to be a man? What is a manly man? How does being a man look? Can a guy be laid back and still be a man or does he need to throw around a false sense of power and put you in your place while spouting aggression? I’m asking because of what I’ve been watching week after week on season three of Married At First Sight. Have you been watching? If you have, then you know I’m talking about Sam and Neil.

Man Up
Sam has been attacking Neil’s manhood from day one.  According to her, Neil is not a manly man.  He’s the “B” word that rhymes with witch and the “P” word some women use to describe their genitalia.  I HATE that word!  Sam wants Neil to man up! His laid-back demeanor makes him less of a man.  Neil finally had enough of her attacks and asked her to stop with the name calling.  She got mad at him for waiting so long to tell her it bothered him.  Why didn’t she know derogatory name calling would bother him? In what world is it okay to call your man/husband out of his name like that? 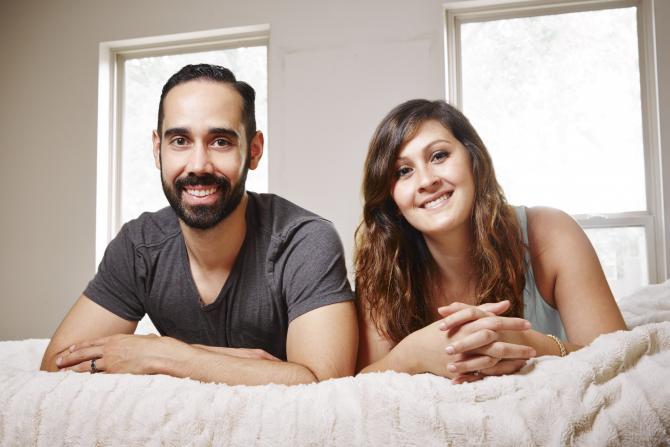 A Real Man Would’ve Spoken Up
Instead of dealing with the real issue; her use of derogatory names, she further attacked his manhood. A real man would’ve spoken up in that moment and told her to stop with the names.  Because he didn’t, he wasn’t a man. Twitter seems to think Sam wants someone to order her around while pulling her hair.  One of my male followers said, “He’s offering a balanced, caring warmth that she’s incapable of recognizing or appreciating.” Clearly!

She Wants To Be Put In Her Place
During a meeting with resident expert Dr. Pepper Schwartz, Sam and Neil were asked to discuss how they each see the role of husband and wife.  Sam sees herself as the less dominant person in the relationship.  She wants to be put in her place at times when need be.  Neil wants to continue doing all the stuff he did before marriage in his marriage; cook, clean, do laundry etc.  It’s 50/50 for him.  They both cook, clean, do laundry and they both work and provide.   In closing, Sam said Neil is too laid back for what she can tolerate or take and as a result, she’s shutting down and is unsure if she wants to remain in the marriage.

Trade In Her Career Cape For An Apron
Sam presented herself to the experts as a solid career woman who wants to continue on that path; she’s a Bank Manager however, it seems like she’s ready to trade in her career cape for an apron and become a real housewife of wherever they live.  She was a career woman because she had to be.  She was single.  She had to do it all solo but now she’s married and no longer has to do it all.  She no longer has to be the man and the woman.  Neil can go out to work and be a manly man while she stays home and revels in her womanhood.  What do you make of Sam’s behavior toward Neil?

What say you? What does it mean to be a man? How does being a man look? What is a manly man? Do we have a skewed view of manhood?