Marriage Then Children Or Not And Otherhood
April 20, 2014 Yvonne Chase Reality Rewind

I love my husband still…13 years later…I love him. He loves me.  He wants children.  I can’t have children and I don’t want children.  If I really love my husband the way I say I do, I have to leave him because he is meant to be a father.  And then I have to think about how am I going to watch the man I love have a baby with someone else.  It feels so devastating! Chenoa Maxwell

Breath Of Fresh Air
That’s the story of Chenoa Maxwell on the new reality show Love In The City on OWN.  Oprah and her team got it right this time.  I really like this show so far.  It’s being called the new modern Sex In The City and I totally get it.  Cast members Bershan, Chenoa, Kiyah and Tiffany have been real friends for many years just like Carrie, Miranda, Samantha and Charlotte.  They’re helping each other navigate life and their genuine friendship and love are a breath of fresh air to watch. 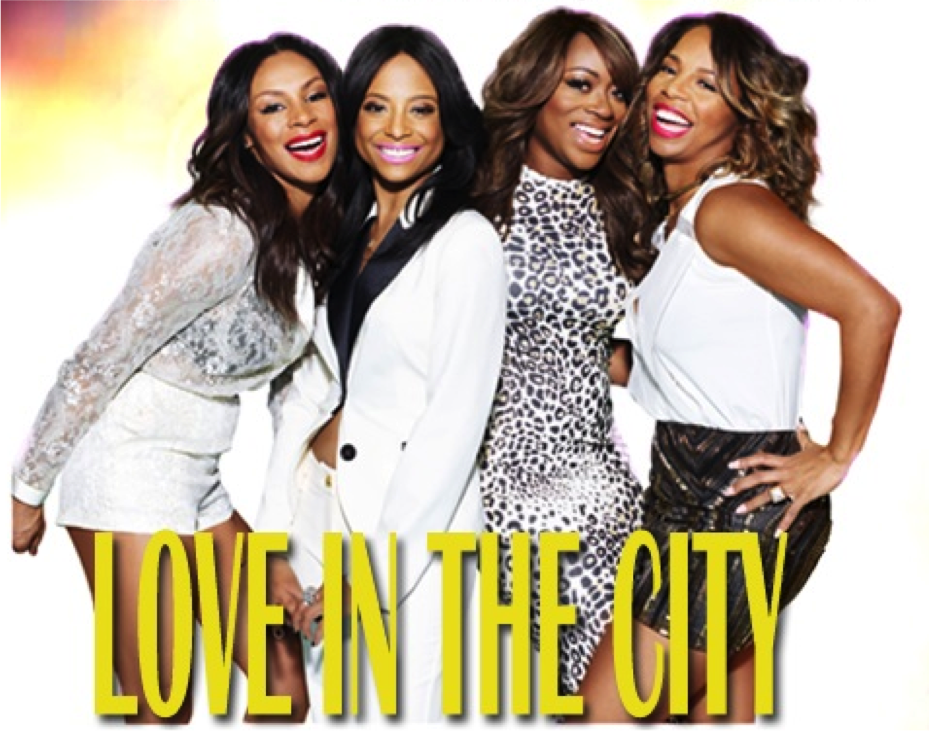 I’ve Never Wanted To Have Children
While watching tonight’s episode, I could totally relate to Chenoa.  Let me tell you something about me; I’ve never wanted to have children. Nothing about being pregnant and childbirth have ever appealed to me.  I think pregnant women are beautiful I just never wanted to be one of them and somehow I knew that at a very early age. Furthermore, the pain associated with childbirth scares the crap out of me.  I want nothing to do with it and cringe at the thought of it!

I Felt Like A Laboratory Rat
In addition,  I’ve suffered from severe endometriosis for many years. I’ve had at least five laparoscopies, a D&C, countless ultrasounds and cat scans…I’ve taken all sorts of medication, done acupuncture, lived at the nutritionist office and changed my diet repeatedly to find relief. There were times when I felt like a laboratory rat because doctors were just trying stuff and nothing worked. It began to disrupt my life. My speech teacher in college told my mother she should take me out of school because I was disrupting her class.  She’d had just about enough of the ambulance showing up to scoop me up off the floor and haul me off to the ER.

Still No Baby
Like Chenoa, I used to say I wanted children to avoid getting the side eye and because according to her, “That’s what you’re supposed to say to fit in.” That’s why she said it.  You’re supposed to say you want to get married. You’re supposed to say you want to have children. Something is wrong with you if you don’t want those things.   I could easily have been Chenoa. She’s been married 13 years and can’t get pregnant.  I’ve never been pregnant and honestly don’t think I could get pregnant. Chenoa and her husband Carlyle have tried fertility drugs, invitro, acupuncture and endless visits to nutritionists and still no baby.  He asked her for a separation because he wants a family. God spared me that heartache and for that I’m thankful.

Come About By Choice
I’m reading the book Otherhood by Melanie Notkin where she talks about her journey as a single woman desiring marriage and children.  Kiayah can relate to Melanie.   She’s forty and is looking for a baby daddy, not a husband, unlike Melanie who says, “Often, a woman’s involuntary childlessness, such as mine, is misinterpreted as having come about by choice.  In fact, I’ve always envisioned motherhood as part of the romantic wholeness of marriage and family and in my mind, it still is inseparable from love. Without one, I haven’t had a chance at the other.” Otherhood is a term used to describe single women of a certain age who want marriage and motherhood yet are approaching the end of their fertility.

Childlessness Is Fundamentally Bad
She continues, “The one thing a woman cannot do without scrutiny, without being made to feel less than, is to aspire to have a family while waiting for love.  The latest studies show that even as progressive lifestyle choices gain acceptance, nearly 40 percent of Americans still think childlessness is fundamentally bad.  The independent, childless woman does not feel like a qualified member of the social order but rather is made to feel hopeless, hapless and just plain ol less than everyone else.”