I’ve Never Met A Monogamous Man
On a recent episode of Street Soldiers, the host, Lisa Evers and her panel deconstructed Monogamy; is it natural, normal, extinct or outdated? Peter Gunz; cast member of Love & Hip Hop NY was on the panel.  He says, “I’ve never met a monogamous man.”  Of course, he’s never met a monogamous man.  He’s the celebrated and very proud president of the Creep Squad; a group of men who lie, cheat, and womanise.  How would you ever meet a monogamous man hanging around a creep squad? Proverbs 13:20 says, “Walk with the wise and become wise; associate with fools and get in trouble.”  Peter has been associating with fools and he’s been getting in trouble.  He has 9 kids and 1 on the way from 5 different women. 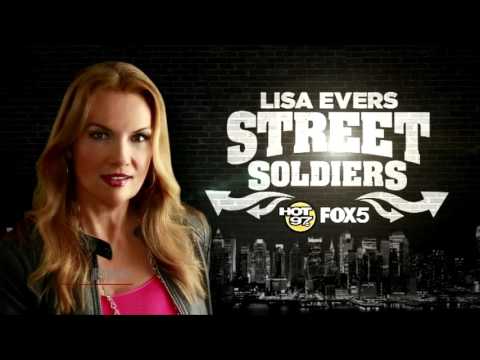 Please Stop The Madness
During the episode, he was applauded when he said, “I’ve never seen the inside of child support court.  I take care of my kids.  Their mothers know I work in a business where sometimes I make a lot of money and sometimes I don’t. They  hold me down!” Maybe Peter will see the error of his ways when society stops applauding him for being a good dad. Somewhere in his mind he probably thinks it’s okay to keep having kids as long as he’s a good dad and takes care of them.  You get no applause for taking care of your children.  You make them, you take care of them…period! Husbands are taking care of their kids day in and day out, husbands, not baby daddy’s, husbands, yet they get no applause but Peter gets applause because he’s a baby daddy with multiple baby mamas? Please stop the madness! I beg you!

Sliding In The DMs
Back to monogamy.  As the discussion continued, they talked about temptation, sliding in the DMs and how that all plays a part in the struggle to be monogamous.  Temptation is everywhere.  Morals are seriously lacking today. There is no respect for marriage.  As one of the panelist said, “Men love sex.”  Yea they do and so do women! Social media makes it easier to cheat today, however, it is not responsible for cheating.  You choose to reply to the DM.  You don’t have to unless someone has a gun to your head.  You can delete the DM or set up a filter to block DMs.

Your Goose Is Cooked
Cheating doesn’t just happen.  No one wakes up and says, you know what, today feels like a good day to cheat.  Let’s do it.  No! It’s a process that starts with you, in your mind; I married the wrong woman, I should’ve stayed single, she never wants to have sex, I need more affection and blah, blah, blah.  Whatever is going on in your mind plays out, bait is presented and it always looks attractive and seems more appealing than your current circumstance, you take the bait and then your goose is cooked.  That’s how cheating works.  It’s all a process rooted in the love of our own evil desires.

Leave The Creep Squad Behind
As I’m writing this post, I flipped over to read a newsletter by Jimmy Evans of Marriage Today.  In this issue, he writes about The Secret To Building a Lasting Marriage and says, “The worst thing to have in your life when your marriage is struggling is a friendship with someone who talks you into strip clubs, or happy hours, or letting go of your marriage.” If Peter Gunz is ever going to become a monogamous man, he will need to leave the creep squad behind and never look back. Peter is surrounded by men who talk him into doing bad things.

Monogamy Is A Choice
I know lots of monogamous men.  One of the things these men have in common is they are surrounded by other monogamous men.  Birds of a feather flock together.  They are surrounded by men who value marriage and point them in the direction of doing the right thing. When all is said and done, monogamy is a choice just like cheating is a choice.  You don’t have to cheat.  You can be monogamous.  Which do you choose?

What say you? Is monogamy outdated?