Lonely And Unwanted
Do you come alongside the single people in your life? That was the question posed in an article I read that charged the church and married couples to do just that; come alongside singles. Here’s a bit of what the article said:

Singleness is hard, often lonely and unwanted. When you’re married, you’re working and living in tandem. You and your spouse, though separate individuals, are living together, moving along the same path with the same goals. While God is the true source of our comfort and reliance, there is an added feeling of security in marriage that singleness does not have.

A single person is most likely living with one or two singles. Though they may be friends or maybe just strangers who found their way into one another’s lives via Craigslist, roommates are forced to rely on unreliable people. When you’re living with roommates to make rent and pay bills, it’s stressful and unpredictable. While a married person ideally has their spouse to fall back onto, singles must rely on autonomous individuals with their own independence and agendas. If a single person loses their job, there is no other salary to fall back on, no one else to help make ends meet. When a single person’s roommate moves out for whatever reason, there’s a gap to fill.

My Sanctuary
Living alone is great. Nothing better than putting my key in the lock, turning it and entering into my sanctuary. I don’t have to listen to anyone go on and on about their day nor do I have to take care of anyone else’s needs. With that said, everything falls on my shoulders and that’s when I realize God didn’t create me/us to do life alone. 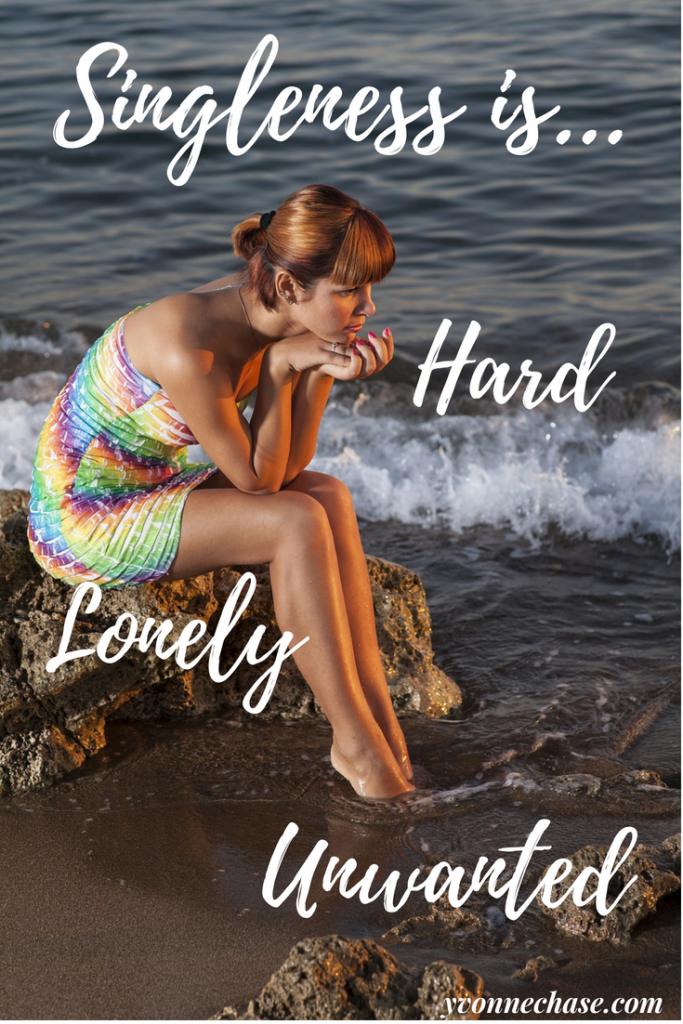 Hiding Behind Our Phones
I do believe life can be easier with someone by my side, however, that person has to be the right person. If that isn’t a spouse, there are 7 billion people on the planet who can fill that role. Finding that person/people these days, however, is a bit challenging. Seems like many are not interested in creating authentic friendships. We’re all busy hiding behind our phones texting while being unsociable on social media.

Purposely Reach Out
While social media is great for many things, it’s really left us more disconnected as a people who thrive off of surface phony connections that simply do not work for my soul. The writer continues:

The thing is, we were never meant to live this life alone. We often think that the solution to that is marriage or feeding singles the “contentment in God speech.” The reality is the Church is meant to come alongside each and every person, married or single, young or old, and be there for them. And this means not just saying it, but doing it. The married should purposely reach out to the singles. Enjoy their company. Invite them to things. Take them out to dinner—because we should be celebrating them just as much as a newly married couple.

Neglects Singles
And this is something one of my single friends’ talks to me about all the time; the way the church neglects singles while elevating married couples. He says there are times he doesn’t even feel like going to church and he doesn’t go because it’s all about married people. The church is meant to come alongside each and every person and that includes singles.

Lost In The Shuffle
I gotta tell you, I attend a big church where there is no real provision made for singles. Yes, there are over 40 ministries where one can get involved, however, it’s easy to get lost in the shuffle. Of course, there’s a Marriage Ministry that plans all kinds of wonderful events including an upcoming scavenger hunt yet there is nothing for singles.

We Are All Valuable
Thankfully, I have a spirit of get up and go plus I love being sociable in real life so for me, my life looks like a woman who is out and about meeting and greeting whoever wants to engage. I do agree with the article and believe we should absolutely be celebrating singles just as much as we celebrate newly married couples. Whether single or married, we are all valuable to the Kingdom of God and we need to know it; not only in word but also in deed.

Why do you think the church doesn’t celebrate a single person in the same way they celebrate a newly married couple? Married people, do you celebrate the single people in your life? Do you purposely reach out and invite them out? What role if any do you play in the life of single people?